EUGENE, Oregon — Oregon entered their matchup with Montana fresh off scoring 77 points the previous week in a win over Nevada.

The Ducks, the No. 15 team in the FBS, sports an offensive line with at least three future NFL players and perhaps as many as five. Oregon is led by senior quarterback Justin Herbert, a player in the running to be the No. 1 pick in next spring’s NFL Draft. And the Ducks play at Autzen Stadium, one of the hallowed venues in college football and arguably the most intimidating venue in the Pac 12.

Montana, the No. 20 team in the FCS, has a rich history that can measure up with any school in college football. But the Griz have not tasted glory in almost a decade, the last time UM claimed a Big Sky Conference championship.

Saturday in Eugene, Montana showed no fear against a team touted as one of the most talented in the country. The Griz held their own on the defensive line against that talented offensive front. Herbert threw five touchdowns but did not have a completion of over 21 yards. And the visitors never went away despite Oregon’s control of the entire contest as the home team emerged with a firm yet lackluster 35-3 victory in front of 49,098 here on Saturday night.

“Disappointed we didn’t come in here and get the win,” Montana head coach Bobby Hauck said after his team fell to 2-1 this season. “They have a really, really good football team. They were better on defense than I thought they were going to be. They have a really nice team. The quarterback is just terrific. We just didn’t have enough for them tonight.”

The Griz did not get on the board until there was 18 seconds to play in the third quarter. But Montana held Oregon’s offense in check after an opening drive in which the Ducks looked like they would easily cover the 36.5-point spread. After that, the Griz bucked down, forcing three Oregon punts and three other failed fourth down conversions.

“It was a fun atmosphere, a fun place to play in but we didn’t get it done,” UM senior linebacker Dante Olson said after a 14-tackle performance a few hours from his home town of Medford, Oregon. “We didn’t get done what we needed to get done and it showed up on the scoreboard. I’m disappointed about that. 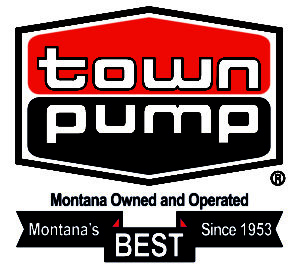 No Replies to "Herbert, Ducks endure Griz in 35-3 victory"