The Missoula Osprey will open their 21st season with a six-game series at Great Falls beginning Friday, June 14. 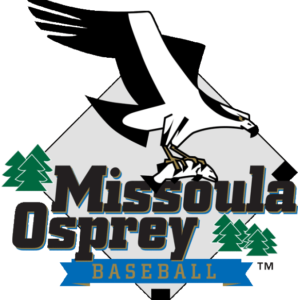 The Osprey will then welcome the Voyagers to Missoula for the home opener on Friday, June 21, according to the official schedule released Tuesday. The 76-game season will wrap up Sept. 7 following with a a five-game home stand versus the Billings Mustangs and the Idaho Falls Chukars.

The season will mark the first for the team under it’s new ownership. Peter Davis and Susan Crampton Davis, majority stakeholders for Big Sky Professional Baseball LLC, announced their purchase of the franchise in October.

Former owner Matt Ellis will stay on as vice president.

Other notable dates on the 2019 schedule: The team will hosts its 15th annual Independence Day fireworks celebration following the game Wednesday, July 3, with two other fireworks displays scheduled for June 22 and Aug. 3.

The new league structure will mean Billings and Great Falls will each visit Missoula a combined 20 times, compared to 16 total visits in previous seasons.

Griz, Bobcats face off Saturday with playoff hopes on the line

No Replies to "Osprey announce 2019 schedule"