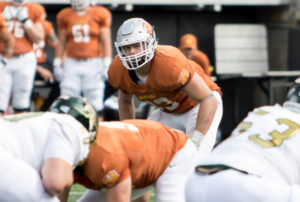 The Medford, Oregon, native finished the 2018 season with a school-record 151 tackles overall. That’s 13.7 per game – which ranks No. 1 nationally. He earned both defensive MVP and team MVP honors at the Grizzlies’ annual team awards banquet and was the only Grizzly to earn first-team All-Big Sky Conference honors.

The winner of the 2018 STATS FCS Buck Buchanan Award, which goes annually to an outstanding defensive player in the Division I subdivision, will be named at the banquet on the eve of the national championship game in Frisco, Texas.

Montana has had 11 previous finalists for the award and two winners: Kroy Biermann (2007) and Tyrone Holmes (2015).